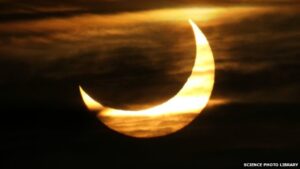 On Friday, just as most of us are getting down to work, the sun is going to go very dim indeed as we experience a partial solar eclipse, although we may not be able to see it because of cloud.

The first part of the eclipse, when the moon gradually gets in the way of the sun, and blots out its light, will happen during the morning school run and from an eye-safety point of view it couldn’t happen at a worse time. It really is going to be very important that the younger members of our communities are educated about how vital it is not to look directly at the sun, even during the darkest part of an eclipse, because as we all know children are inquisitive, and we probably have least immediate control over their actions on the way to school and in the playground.

On no account try to look through any sort of glasses at the sun, even during an eclipse, as the resulting retinal burn could be painful in the extreme and may last for the rest of your life. Sir Isaac Newton (of apple and gravity fame) did just that and, not realising the power of solar radiation, even tried to look at it through one of his new-fangled telescopes. He received a retinal burn for his efforts that affected his vision for the rest of his life and it is said to have given him such pain at the time that even fetching a “maiden” up from the village couldn’t take his mind off it!

The best way to study what is happening to the sun’s appearance is to make a pinhole projector: you need two pieces of card and make a pinhole no bigger than two millimetres across in the middle of one of them. Then hold the card with the pinhole between the sun and the other piece of card (it helps if this one is white) so that the sun’s light shining through the pinhole falls on the plain card. You will see a clear image of the sun and as the eclipse progresses you will be able to see its outline change as the moon’s shadow gradually eats away at the sun’s disc.

Alternatively you can all sorts of everyday items to make multiple images as you can see in this picture. 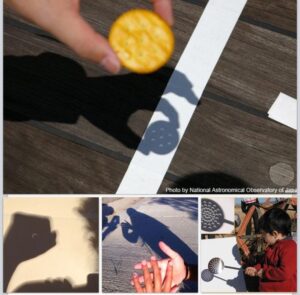 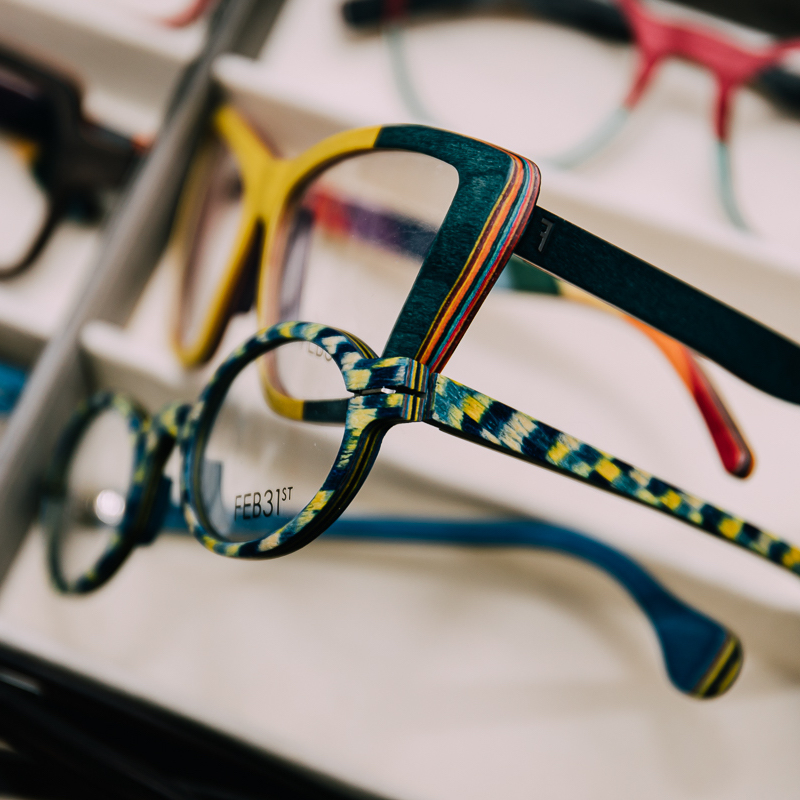